Welcome to the Bombardier CS300

Smart Aviation the only UK charter broker attending the arrival in Riga.

Smart Aviation was honoured to be the only British charter broker to attend the arrival of the world’s first Bombardier CS300 on December 1st in Riga, ahead of it entering in to service for the Latvian flag carrier, airBaltic.

Clive Head from our charter team represented his colleagues at the prestigious event after a year of working closely with the airline on high profile charter flights throughout 2016.

“It was a real privilege to attend the arrival of the very first CS300 in the striking airBaltic livery and take a look around it before it enters in to service from December 14th”.

The impressive aircraft has a total of 145 seats, improved cabin and interiors and is claimed to be the greenest commercial aircraft in the world.

The reception was held at airBaltic’s base and was attended by many dignitaries, including the Latvian President and Minister for Transport, the CEOs from both Bombardier and airBaltic along with leading delegates from across the world of commerce and aviation. 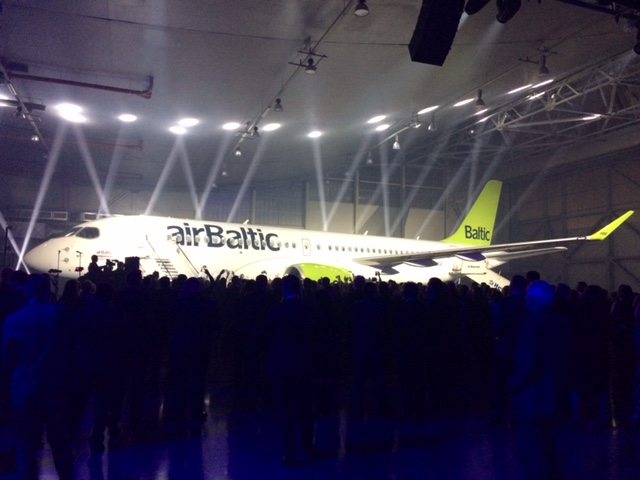